Take a walk with me in Havana Vieja

You want to get to know Cuba? Your first stop should be Havana. No doubt on that! Havana is a 2,5 million kick ass city full of history, impressive architecture and lively music.

In Havana I found everything I look for in a travel destination. History, nature, local authenticity and sun shine.. and palm trees. Imagine a picture… An old Cuban man, proud of the revolutionary history of his country, standing next to his taxi, a shiny Chevrolet representing the US American influence till 1950s, waiting for customers, near to Catedral de San Cristóbal, dating back from 16th century symbolizing the European colonial history.

I encountered many of these scenes during my short stay in Havana while strolling around from one plaza to another. If you ask yourself what to do and see in Havana, take a walk with me in Havana Vieja…

As its name reveals this park is the centre of Havana, or should I say the heart of Havana… It is overwhelming… all the shiny and colourful old timers…

In Hotel Inglaterra, you can exchange money, buy bus tickets if you plan to travel to other cities in Cuba and get access to internet.

Listen (and not understand) to the baseball fans discussing Esquina Caliente (hot corner) in the shadows of the huge marble statue of José Martí.

Let’s cross the busy street and visit El Capitol, the building which makes you think you are in Washington. It was built in 1926 during the dictatorship of Gerardo Machado who was backed by the US. The former Cuban Congress symbolises today the times of sugar boom, millions of US dollar spent to demonstrate power.

This busy street (luckily no cars) is full of souvenir shops, art galleries, cafés and bars. Don’t forget to pay attentions to the side streets and surprise yourself how Cuban you’re going to feel after listening to couple of songs of the street musicians.

Obispo Street will take you to Plaza Vieja which occurred to me as it was the newest square of all. Ohh wait. It is called Plaza Nueva (New Square) originally. I guess it is because of the touch of baroque and art nouveau. And it is completely renovated in late 1990s. From Camara Obscura‘s terrace you have a nice view from above on Plaza Vieja. 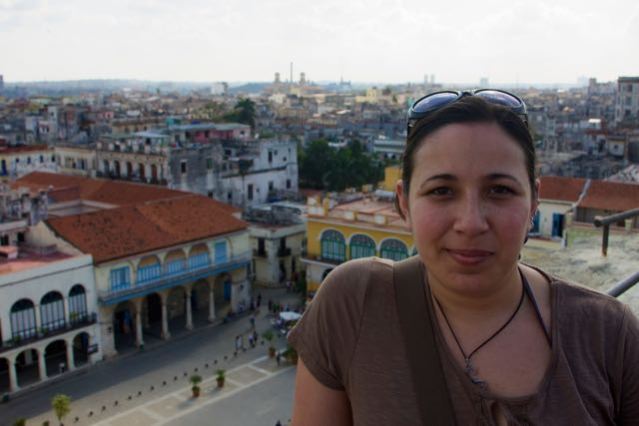 From Plaza Vieja take the street Oficios to Plaza de San Francisco de Asís near to the harbour. Listen to the stories of El Caballero de París who was philosophising with passengers in 1950s in Havana. 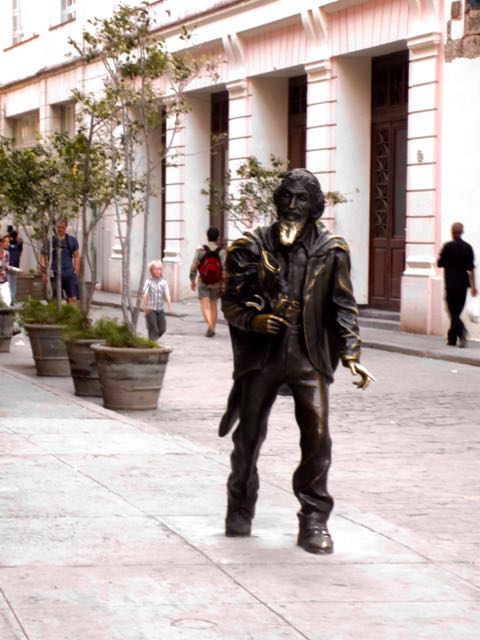 Now let’s go to Plaza de Armas which was used for military exercises during the colonial times. Today you can exercise your Spanish by buying a book in the secondhand book market in this square.

Now we go to my favourite square, Plaza de la Catedral. The asymmetric towers of Cathedral de San Cristobal de la Habana and its baroque facade dating back from 18th century give this square its soul. Listen to the bells and have a chat with Antonio Gades, the Spanish flamenco dancer who was honoured (couple of weeks before he died) with the Order of José Marti by Fidel Castro personally. 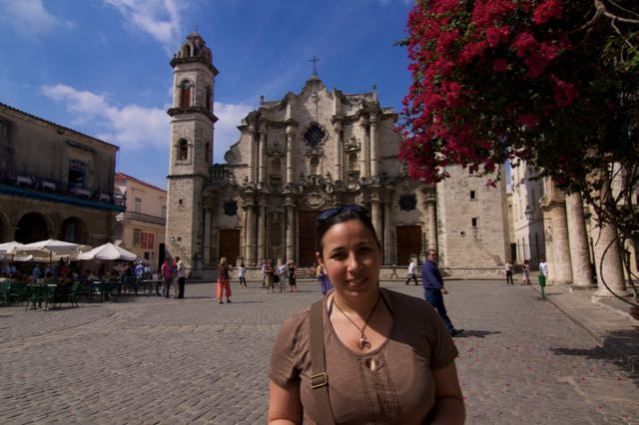 Now let’s head to Museum of Revolution passing by the nice building of Museo Nacional de la Musica. Inside you can learn about Cuban culture from pre-Columbian times till the present-day and for example about the life of Che Guevara. Outside the museum you will see a tank used by Fidel Castro in the battle of the Bay of Pig in 1961. 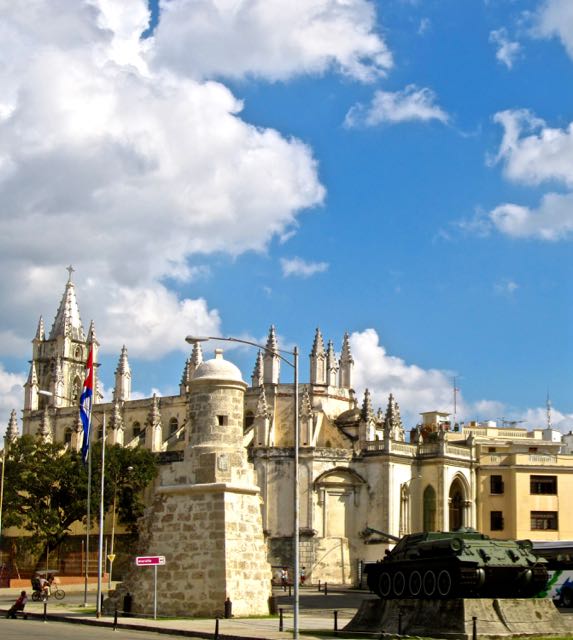 Walk down El Prado to reach the Malecón, the 8km long promenade along the Caribbean sea. Crossing the street here is an adventure itself, but spending a little bit time watching all the colourful Chevrolets driving by and the kids jumping into the water. Day or night, this promenade is indispensable from the daily life of Havanans. 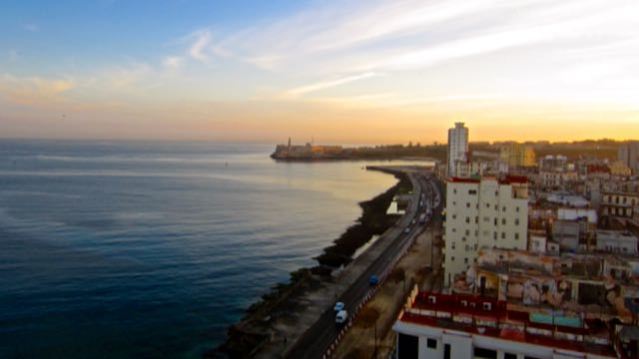 The facades damaged by ocean air – Photo by Ingmar Sörgens

Where to stay in Havana

I stayed at Casa Miriam and Sinai in Havana Centro. The room is clean and the hosts are very friendly and helpful. If they don’t have a room available they would also recommend and even arrange another Casa Particular (that’s how B&B is called in Cuba). The double room per night costs 25 CUC. Write Sinai Sole an e-mail to book a room at sinaisole@yahoo.es. By the way, AirBnB recently enabled their services for Cuba. 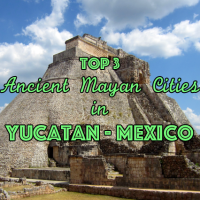 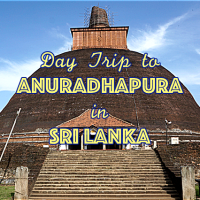 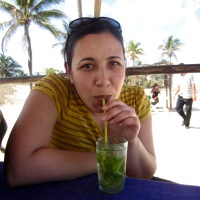 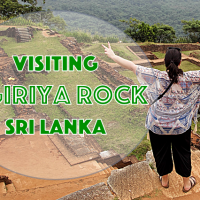